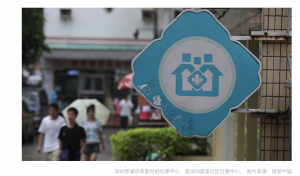 Responding to the social needs and central government policies, the Shenzhen government created and implemented some pilot measures in the new round of nationwide medical reform.1 They were together combined into the Luohu Model of medical reform and legislatively confirmed in the Shenzhen Special Economic Zone Medical Regulations (Regulation), which is considered to be the “basic law” of Shenzhen’s medical industry.2

This blogpost introduces the specific measures of the Luohu Model, and two crucial provisions of the Regulation:

Article 19 reforms the measuring of costs and payment of medical funds.3

Such provisions solidified the pilot measures tried by the Luohu government, effected to introduce the successful experiences across the country.

1. The gradation of treatments

Grading treatments has been the focus of the new round of medical reform in China, which was confirmed as the most important fundamental health system in a 2016 government conference.4 The gradation efforts in Luohu Model, which is reflected in Article 9, target to remove the most rigid obstacles to a more efficient medical system.

Health is the task of hospitals. This is a long-existing attitude in Chinese society. Correspondingly, seeking the best outcome of treatments, residents go to the third-class (the highest rating of hospitals which represents the generally highest level of medical services) hospitals for whatever they suffer, even having a cold. China’s modern medical system, since its early establishment, puts significant resources on big hospitals. However, the worldwide experience shows that the performance of major hospitals does not contribute greatly to the general health conditions. The Luohu model focused on allocating more resources to communities.

In 2016, Luohu District launched the reform of public medical institutions. Five hospitals and 23 community health centers were restructured into the Luohu Hospital Group.5 The centers, of which the Dongmen Street health center is an example, were previously supervised by hospitals. They are now combined and have been allocated new equipment and general practitioners. Under the principle of integrated personnel management, the doctors, as employees of the Group, move freely among the community centers. Most of the previous doctors are required to attend a one-year training of general practice and health management to be able to match the increasing needs in the communities.6

To avoid the lack of sufficient medicines on the community level, the Group integrated the medication reserves of the hospitals under it and distribute them to the community centers. Nowadays, the Dongmen center is equipped with over one thousand regular medicines. The centers arranged their supply according to the specific needs in the localities. For example, those for chronic diseases are largely kept in the old communities. Besides, the centers are gradually promoting services as medicine delivery. For residents in need of medical checks, it is no longer necessary to queue in the big hospitals. The centers are capable to take the type B ultrasonic pictures and transfer them to the diagnosis platform used by the Group members, doctors of the member hospitals then compose diagnostic reports and relevant treatments.

“Because the reliable resources are allocated to the centers, residents with medical needs naturally attend there rather than to crowd in the big hospitals”, said the director of the Dongmen center.7 The centers under the Group served 400% more residents over the pilot period in 2016. More conveniently, 95% of the health centers offer family doctors. For residents, A contracted family doctor can provide an appointment for a visit to the hospital; he or she helps to appoint a hospital specialist and arranges a hospital bed. Moreover, residents with limited mobility can enjoy on-site services at home. The family doctors also provide regular home visits to chronic diseases such as hypertension and diabetes, teach the residents the right ways to eat and use drugs. A number of new services are provided after the signing.

Through the gradation efforts, the focus of treatments has switched from curing disease to preventive health. Generally, four improvements can be seen.8 First, improved efficiency of the medical system. Statistics show that equipment costs decreased by about 100 million yuan. The administrative space was greatly transformed into medical space, and the medical space increased by 62.3%. Also, the cost of medical treatment for residents decreased. Taking Luohu District People’s Hospital as an example, although the number of difficult cases and complicated surgery increased significantly, the average hospitalization expenses (medical insurance expenditure) still showed an overall downward trend, which was lower than the approved value of medical insurance of 1589.6 yuan. Second, improved patient satisfaction. The Luohu District Community Health Centers ranked first in the city for three consecutive years.9 Third, improved service capacity. In the first half of 2017, the district’s social health centers received 897,500 medical treatments, an increase of 53.68% year-on-year, and patients gradually diverted to community centers. Though the centers are still exposed to a problem of lack of personnel because of the historical shortage of general practitioners, we should view this positively. Last, increased income for medical staff. The proportion of medical treatment and difficult cases that have been returned to the Group by the city’s major hospitals has also increased significantly. That increase in the number of medical treatments and the decrease in management costs led to an increase in income. The average income of employees in group hospitals and community centers increased by 21% and 30% respectively.

The reform guaranteed at least one regional comprehensive medical center and one primary medical group in each district of the city, as well as a healthcare center in each community. In 2016, the proportion of households who can reach medical institutions within 15 minutes of the city reached over 95%.10 Foundations of primary medical services, which closely match the basic needs of residents, have been firmly established across the city.

2. A change in payments of medical insurance

To address relevant problems of the widely criticized payment arrangements of medical insurance, the local government launched the pilot scheme of management of total amount, which assists the operation of graded diagnoses.

The old system is paying by project, a post-payment system. The basic direction of medical reform is to shift from “post-payment system” to “prepayment system”.11 For paying by project, receiving and paying for services and services is simple and easy, and the institutions have an incentive to provide high-quality services. But the shortcomings are also obvious, that it is difficult to control costs. In the case of insufficient supply of medical services, paying by project is conducive to encouraging medical institutions to actively provide services and develop new businesses. However, because there is no budget constraint, the risk of over-expense of medical insurance fund is great.12

“This reform will not affect the medical insurance benefits of the insured,” emphasized by the director of the local Medical Reform Office.14 The “sum management and balance rewards” system does not change the current medical insurance reimbursement treatment and medical insurance treatment methods for the insured residents. This system is mainly to establish a mechanism of rewards and punishments, to promote hospitals to standardize medical behaviors, exercise rational diagnoses, and reduce waste of public medical resources; and to strengthen the initiatives to provide daily preventive healthcare for the insured.

Since the medical reform office inside the municipal government cannot coordinate all the departments concerned in the entire medical reform work, Shenzhen has set up a hospital management center to perform the decision-making functions on behalf of the municipal government. The chairman of the Board of the Management Center is a deputy mayor, and the members are composed of officials from relevant government departments and well-known social persons. This administrative step managed to take over the power of various departments and clarify the responsibilities.15

The Health Planning Commission cannot well perform the leading role, so there must be an authoritative and independent department (like the reform group inside the central government and central commission of CCP). For a long time, the health administrative department has to implement the supervision of the medical industry and public hospitals. It is difficult to clearly define the specific functions of industry supervision and supporting hospitals. It is also difficult to treat the public and non-public institutions equally in terms of functional transformation, policy formulation, work methods, and resources input. This embarrassing standpoint is not conducive to the construction of a diversified medical treatment pattern, results in insufficient vitality in the development of the entire medical undertakings and a weak sustainable development capability.16

After the establishment of the management center, which partly borrows ideas from the HK Hospital Authority, the functions of the Shenzhen health department have changed, they have quitted from the role of “running” public hospitals, but turned to focus on “managing” and “serving” the entire industry.

The HKU Shenzhen Hospital is the pioneer of public hospitals in this respect. This public hospital, which was invested by the Shenzhen Municipal Government and managed by the University of Hong Kong team, did not provide an “iron rice bowl” according to its new arrangements from the beginning. The hospital broke the three types in the personnel structure (management positions, professional and technical positions and functional positions) of the existing institutions.19 For doctors, nurses, medical technicians, management level, and service personnel, each category has independent personnel management methods. Under this approach, payments for doctors substantially reflect the values of their labor and encourage a more efficient system. Such innovation is criticized to be costly and not economical in terms of the outputs of service, however, it represents the direction anyway, especially in Shenzhen where the lack of medical resources significantly impedes its regional development.

Combining other innovative methods with the three introduced above, Shenzhen’s reform targeted the weaknesses of the Chinese medical system. It modifies the structure of medical services, improves the quality and efficiency of primary healthcare, and also raised the welfare for doctors. It is true that the Luohu model is largely based on Shenzhen’s local conditions, as public finance is not a problem. However, Shenzhen’s measures are surely a useful model for other major cities faced with similar problems, even though a complete duplication is not feasible.

[1] The new round of medical reform started on April 2009, marked by the lauching of Opinions of State Council of CPC Central Committee on Deepening Medical and health system reform. At the central level, the central government releases annual schemes on the medical reform work. For the 2016 scheme, see China’s Central Government: http://www.gov.cn/zhengce/content/2016-04/26/content_5068131.htm.

[2] The Regulation was passed at the Shenzhen Municipal People’s Congress Standing Committee meeting, and was implemented on January 1, 2017. This was the first regional medical regulation in China. Responding to the central document Several Opinions on Further Promoting the Experience of Deepening the Reform of the Medical and Health System, Shenzhen fully utilized the legislative advantages of the Special Economic Zone to get over the “outdated” statutes and central government regulations, and meanwhile solidified the pilot measures taken in the District of Luohu, thereby to escort the reform into the “deep water area”. For the text, see Health and Family Planning Commission of Shenzhen Municipality: Shenzhen Special Economic Zone Medical Regulations, http://www.szhfpc.gov.cn/xxgk/zcfggfxwj/mybh_5/201609/t20160901_4406807.htm