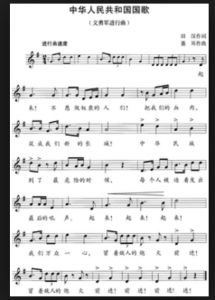 Less than ten years ago, China’s music copyright infringement rate was widely regarded as the highest in the world.[1]As a result, although it has the largest population in the world, in 2011 China only ranked 38 in the retail value of the music market.[2]However, after the tipping point in 2015, things have changed dramatically. According to the International Federation of the Phonographic Industry (“IFPI”) Global Music Report 2018, China’s ranking has been up to 10[3]. In spite of such impressive progress, China is like a giant who has just awoken. In 2016, the average music revenue per person in China was only 0.1 dollars. In the U.S, the number is 16.4 and in Japan, 21.7. [4]As Tencent Music Entertainment’s CEO Cussion Pang said at the 2017 Music Matters conference, “It is an important and dynamic time for music in China… the opportunities for artists and publishers have never been greater.” Tencent is now one of the world’s largest platforms and social networks for music with more than 17 million songs and more than 700 million monthly active users in China.[5]

Businessmen home and abroad have paid more and more attention to the Chinese music market, especially to digital music. Among the top 20 countries in the ranking chart, China’s digital music has taken the highest percentage in its total music market.[6]With the Great Firewall and the language barrier, China has its own digital music environment which a Western audience is unfamiliar with. [7]What is the force behind the dramatic transition in music copyright protection? What is the present status of the Chinese digital music industry? For those who have interests in the digital music market of China, there is some vital information to know.

For most music consumers or potential consumers in China, there was a secret moment in July 2015, when the digital music industry suddenly turned to the paid model, which means people have to pay for the music copyright. Almost overnight, people found that many popular songs were taken off the shelves from the music app they used— Tencent, NetEase, Kugou, etc. After having repeatedly heard that the digital music industry was going to turn to the paid model, people realized that this time was for real.

It was a successful turn, but not a sudden change as many people had Speculated.  Several forces are behind the turn. On the one hand, there has always been external pressure exerted by international society. On the other hand, as to the internal force, both big companies and the Chinese Government have been making efforts to promote copyright protection for digital music.

External pressures exerted by international society have pushed China to do a better job in copyright protection. Regarding its weak protection for copyright, China has long been criticized by international society, especially since it became a member of the World Trade Organization (“WTO”) in 2001.  China has promised to take measures to implement the provisions in The Agreement on Trade-Related Aspects of Intellectual Property Rights (“TRIPS”) in its WTO commitments. To fulfill the promise, China has actively modified the law to create a better environment for copyright protection that complied with the minimum standards of TRIPS.[8]

Digital music is not an exception from the unsatisfying copyright protection discussed above. Before 2011, there was almost no copyright protection for digital music. Everyone could download songs through the internet for free. The breakthrough came as some Chinese internet giants sniffed the commercial opportunity in digital music and wanted to make a profit out of the music industry by holding exclusive copyrights. (To be exact, according to the Copyright Law modified in 2013, “exclusive copyright” refers to the exclusive agency right of dissemination via information networks.[10]) From 2011 to 2013, companies occasionally tried to buy the exclusive copyright of some songs to see if it could be a workable way to make profits. Since 2013, some big companies like Tencent and Baidu had begun striking exclusive Chinese distribution deals with large music producers.[11]Owning exclusive copyrights, the companies exerted much effort fighting against piracy. In July 2013, for example, Baidu and Kugou were in dispute for infringement in a talent show.[12]

The decisive force came from the Chinese Government. In fact, early in 2005, the government has launched Jianwang action.[13]The Jianwang action, which means “Net Sword action”, aims for copyright protection on the internet. The program has been launched every year to deal with copyright infringement on internet through various measures,(taking actions ). [14]Meanwhile, the administration has been collecting advice from all fields of society, including netizens. As mentioned above, with the involvement of big companies, it is time for a change. In 2015, Yan Xiaohong, the director of National Copyright Administration said in Weibo[15]talk show that digital music would be the focus of Jianwang action that year.[16]

Then came the true turn in July 2015, when the National Copyright Administration issued the Notice to Order The Network Music Service Providers To Stop The Unauthorized Dissemination Of Music Works and asked that all music without copyright be taken off the shelves before 31, July. According to the press, it has led to some two million songs being deleted. [17]

Looking back to the whole process behind it, the Notice in July 2015 was by no means a sudden action of the administration. The music companies, especially the big ones, had prepared or even looked forward for the Notice because the Notice helped create an environment for a paid model. It was a turning point. After just a few years, China has turned from a land of music infringement to an important digital music market. “Paid model for digital music was the only way to make the Chinese music industry come back to life,” looking back at the development of the copyright protection, said Wang Yefei, the deputy director of National Copyright Administration of China in 2015.

Despite the complaints about exclusive copyrights, there are some that think it could, in fact, become an effective way of managing the copyright with proper limits.[20]As it was mentioned before, exclusive copyright actually refers to the exclusive agency right of dissemination via information networks. It is essentially an agency right. Companies that hold this right have obligations to sub-license it to other companies, which is written in the exclusive agency right agreement.  Therefore, the right itself is not as “exclusive” as it claims to be because it is not an ownership right, but only an agency right. The problem is the sub-license does not have a price ceiling.[21]

The second approach is the collective management of copyright.

This collective management approach can also better protect authors’ right. For example, a new development in the collective management of music copyright happened in the U.S, October 11, 2018. Driven by the need to update and streamline music licensing processes for the streaming era, President Trump signed the Music Modernization Act (“MMA.”)[22]The Act establishes the Mechanical Licensing Collective (“MCL”), a non-profit organization maintains a musical works database and charged with the payment of songwriter and music publisher “mechanical” royalties to the rightful songwriter and music publishers.[23]Mechanic royalties are royalties paid to a songwriter whenever a copy of one of their songs is made. They mainly gained through others’ reinterpreting, re-recording (etc.)[24]of the copyrighted music. Songwriters’ mechanical royalties have long been hard to ensure because the copyright owners are hard to trace because of the streamlined music licensing process. The MCL greatly mitigated the problem. After collecting mechanic royalties from digital music streaming services, the Collective transmits those royalties to copyright holders based on the ownership claims set forth in the database created by MCL.[25]The effect of the MCL remains to be seen, but it suggests that the songwriters’ interests in digital music copyright may get better protected under this approach,

From the analysis above, the collective management of copyright could be a good way if China could successfully learn from countries like the U.S and Japan. It seems that the government also shows an approving attitude towards the approach by requiring the companies to avoid the exclusive copyright and emphasizing the status of the MCSC.[29]

In the author’s view, the exclusive copyright approach might work in the short run, but in the long run, a management organization system is preferable, because there are some issues that the exclusive copyright approach might not be able to solve. For example, the author’s right is a vital issue in copyright protection practice. Chinese musician Yu Sheng said that as musicians, the most common scenario is that a company buys the copyright from him and pays out a lump sum. “Musicians have few choices.” Said Yu Sheng.[30]Due to the advantageous position of those companies, musicians want to form an alliance to protect their copyright, which is essentially like what the MCSC is supposed to do. A report by the Communication University of China shows that over 90% of musicians are willing to receive help from a platform like the MCSC to protect their copyright.[31]The establishment of the MCL in the US model sets a good example of merging the technology, specifically, the database into the management of the collectives, thus protecting the songwriters’ rights.

Compared to the management organization, which is a third party between the producers and users, big companies might care less about the author’s interests because they may also be the entities that shall pay the extra fee under the bill like the MMA. Therefore, the collective management of copyright might be a better approach for the benefit of musicians, the creators of the music. It further suggests that by incentivizing music creators, this approach might be a better way for the development of Chinese music.

Nowadays, pushed by the international society, big companies, and most importantly, the Chinese Government, the copyright protection for digital music has improved greatly. For further development, China is now faced with two copyright management approaches–exclusive copyright and collective management of copyright. Which would be the ultimate way that China would go remains to be seen.

[1]The Recording Industry steps up their campaign against piracy in China, Facts & Stats – IFPI – Representing the recording industry worldwide, http://www.ifpi.org/content/section_news/20080204.html

[13]“Hu Jianhui, More than 4,000 cases have been investigated in Jianwang action in the past 10 years., China Anti-Counterfeiting Report (2015).

[15]A popular social media in China.

[20]Li An, Analysis of the Licensing Model of “Exclusive Copyright” of Network Music from the Perspective of Law and Economics, Journal of Beijing Vocational College of Politics and Law (2018).

[25]The Music Modernization Act Will Create a New Copyright Licensing Organization Called the ‘MLC’. What Will It Look Like?, Digital Music News (2018), https://www.digitalmusicnews.com/2018/05/06/music-modernization-act-mma-mechanical-licensing-collective-mlc/

[26]Zhang Fengyan,Analysis of the Reasons and Countermeasures for the Lagging Development of Collective Management Organizations of Music Copyright in China, Copyright Study (2015).

[29]What would happen if there were no rights holders of collective management organizations?, http://www.ncac.gov.cn/china copyright/contents/518/274180.html；State Copyright Administration Interviews with Music Companies at Home and Abroad to Request Music Authorization to Be Fair and Reasonable and Avoid Authorization of Exclusive Copyright, http://www.ncac.gov.cn/chinacopyright/contents/518/349380.html；How to treat “exclusive” correctly, http://news.yule.com.cn/html/201710/256138.html；Duan Yuping, head of the State Copyright Administration: Music copyright should not be authorized exclusively, https://www.guancha.cn/economy/2017_10_26_432288.shtml；State Copyright Administration: Vigorously Supporting the Development of Collective Copyright Management, http://music.yule.sohu.com/20150525/n413734193.shtml

[31]SeeSurvey on the Survival and Copyright Cognition of Musicians in 2018, available at https://www.useit.com.cn/thread-20637-1-1.html